The best technology for surface currently on the market has been chosen by Zenit Arena, a stadium where the 2018 World Cup Semi Final will be played: Mixto, a perfect synergy between natural and artificial turf.

It all began in Denmark, where 8,000 square meters of reinforced grass were pre-cultivated by NKI.

The Mixto carpet is a 100% Made in Italy solution and consists of synthetic components which are combined with natural components in the Country of use. The artificial matrix is perfectly designed to better promote the natural component’s germination, growth and development.

This composite system creates conditions for perfect oxygenation, permeability of the surface layer and a perfect air-water-soil balance, preventing the formation of muddy areas or waterlogging.

Mixto: a perforated base on which 3% of artificial grass is incorporated and where natural grass grows.

This structure makes the hybrid turf 3 times stronger than natural, more resistant to playing stress, while athletes’ perception is almost identical to that of fully natural turf.

At the end of January, 20 refrigerated trucks transported Mixto turf from Denmark to Saint Petersburg in about 60 hours. The field, due to the Lay and Play technology, was laid in less than 4 days. 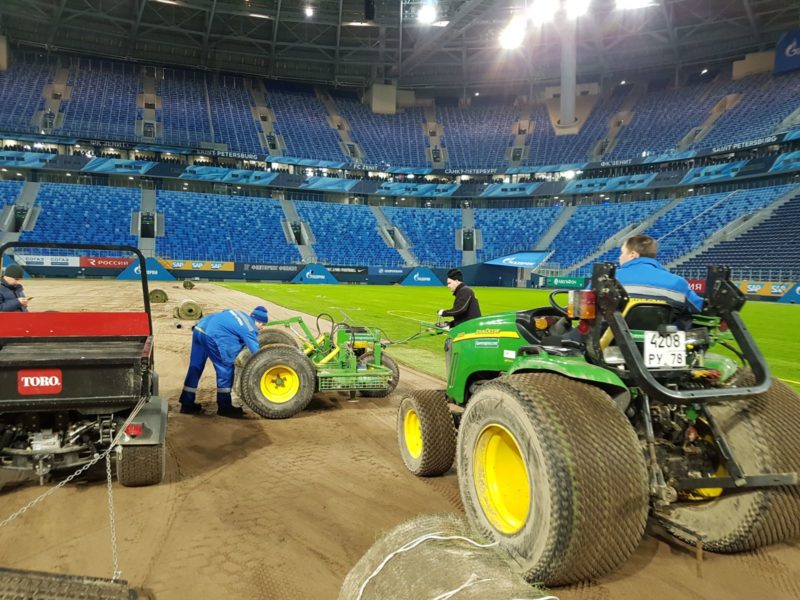 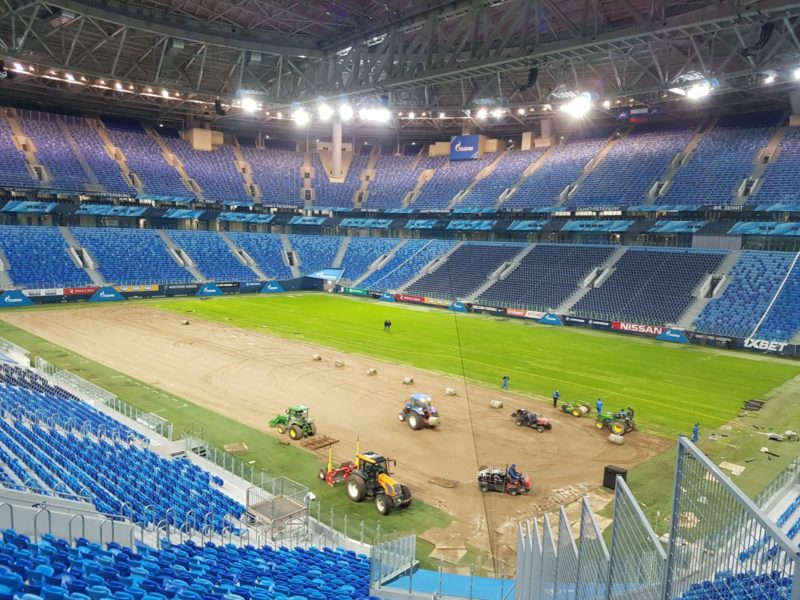