Swedbank Stadion, home of Malmö FF, an arena with a capacity of around 24,000 spectators, has chosen Mixto® System reinforced grass technology. Opened in 2009 the football stadium hosts high-level competition matches including UEFA and FIFA events.

The Mixto® hybrid system, a product entirely Made in Italy, consists of a mix of synthetic fibres and natural grass components, where the artificial matrix is perfectly designed to enhance the initial birth, growth and development of the natural grass.

It all starts in Denmark, at the NKI -Nordisk Kunstgræs company’s nursery, where about 7,500 square meters of reinforced grass have been pre-cultivated.

The sods were then collected in Big-Roll format (extra large compared to the standard) using a special machine designed to shave the sods under the artificial backing, while ensuring uniformity and optimal flatness once laid.

The Big Rolls arrived at destination after a 5-hour trip on special trucks.

The laying of the Big Rolls occurred during the last week of January: average temperature between -1 and + 2 °C. In just three days, a specialized team laid and fixed the sods making it ready for the teams to play on.

Only a few days after the installation was completed, the team was able to train. The first official EUFA Europa League match was played only 15 days later. The players and the staff provided great feedback particulary appreciating the stability, uniformity and playing conditions of the new surface. 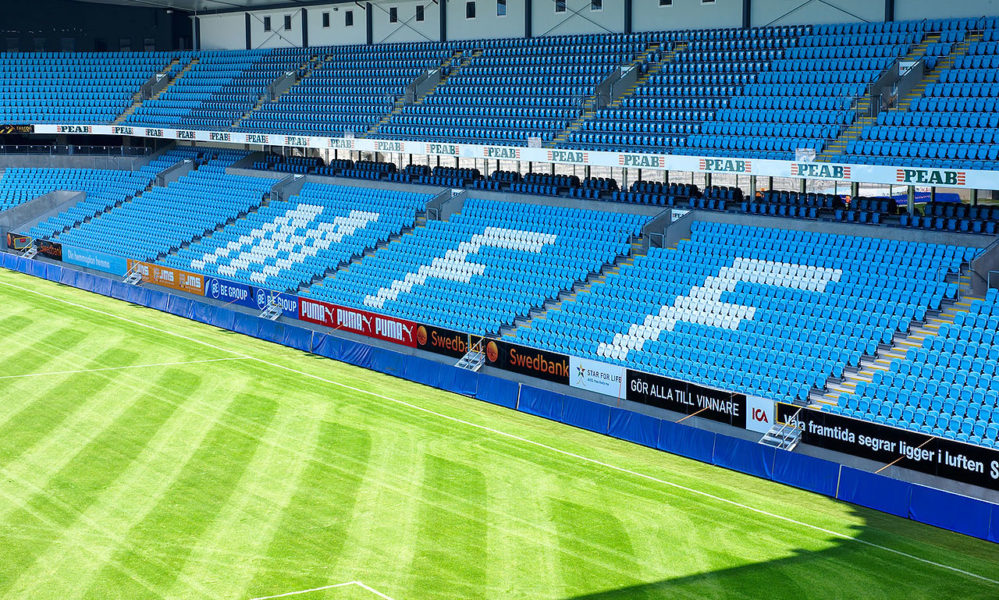